Friday we took the boys to explore the Scioto Mile in downtown Columbus.

Since Tucker is closing in on five months now and quite the little beast we decided today would be a great day for his first ride in the stroller without his carseat.  He was pretty pissed at first but once he realized how much cooler it was and we got him shaded from the sun he finally chilled out. 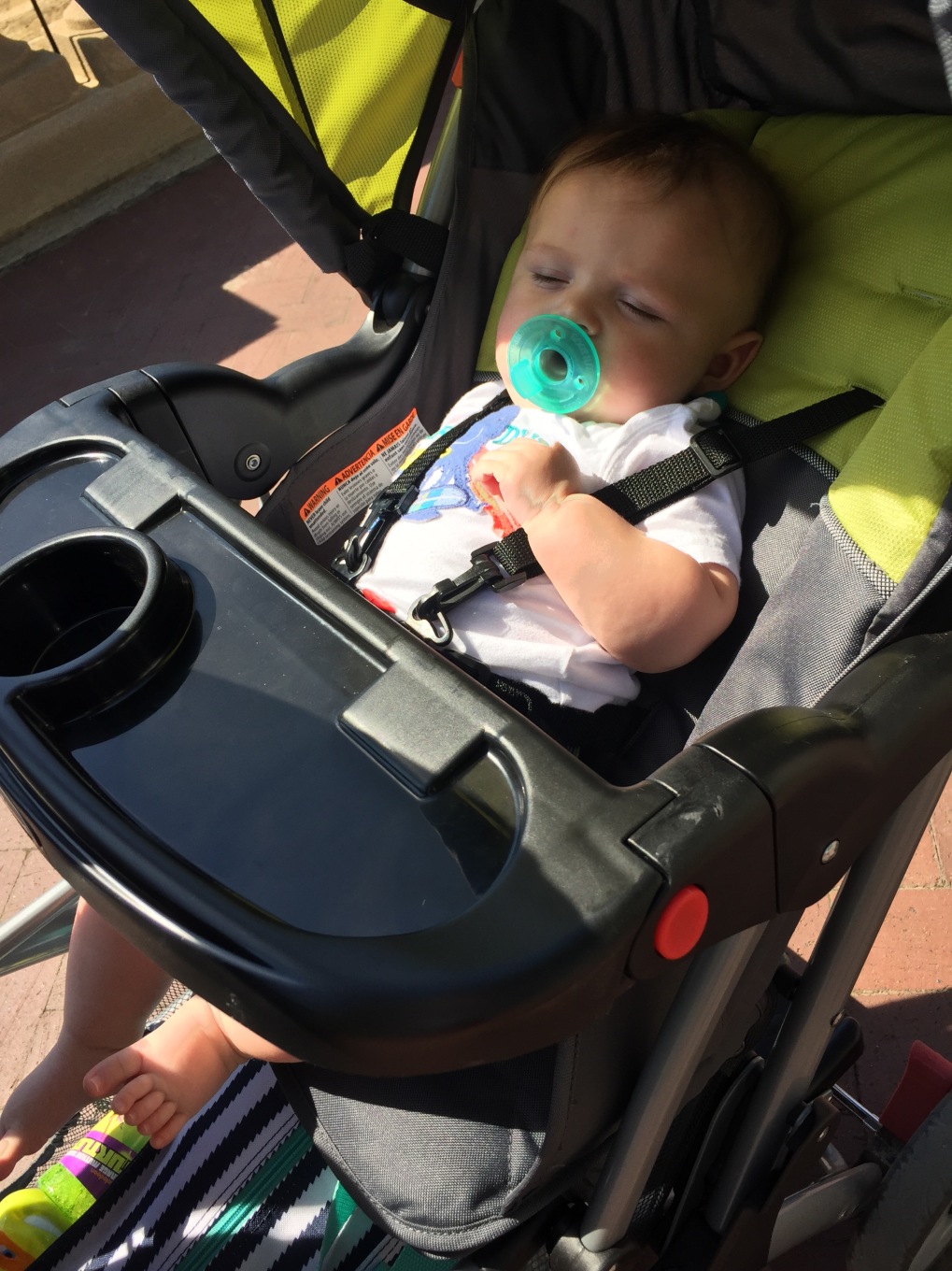 Mikey enjoyed watching all the construction that is still underway on the riverfront.  They are finishing up a green project there and plan to add tons of trees along the river. 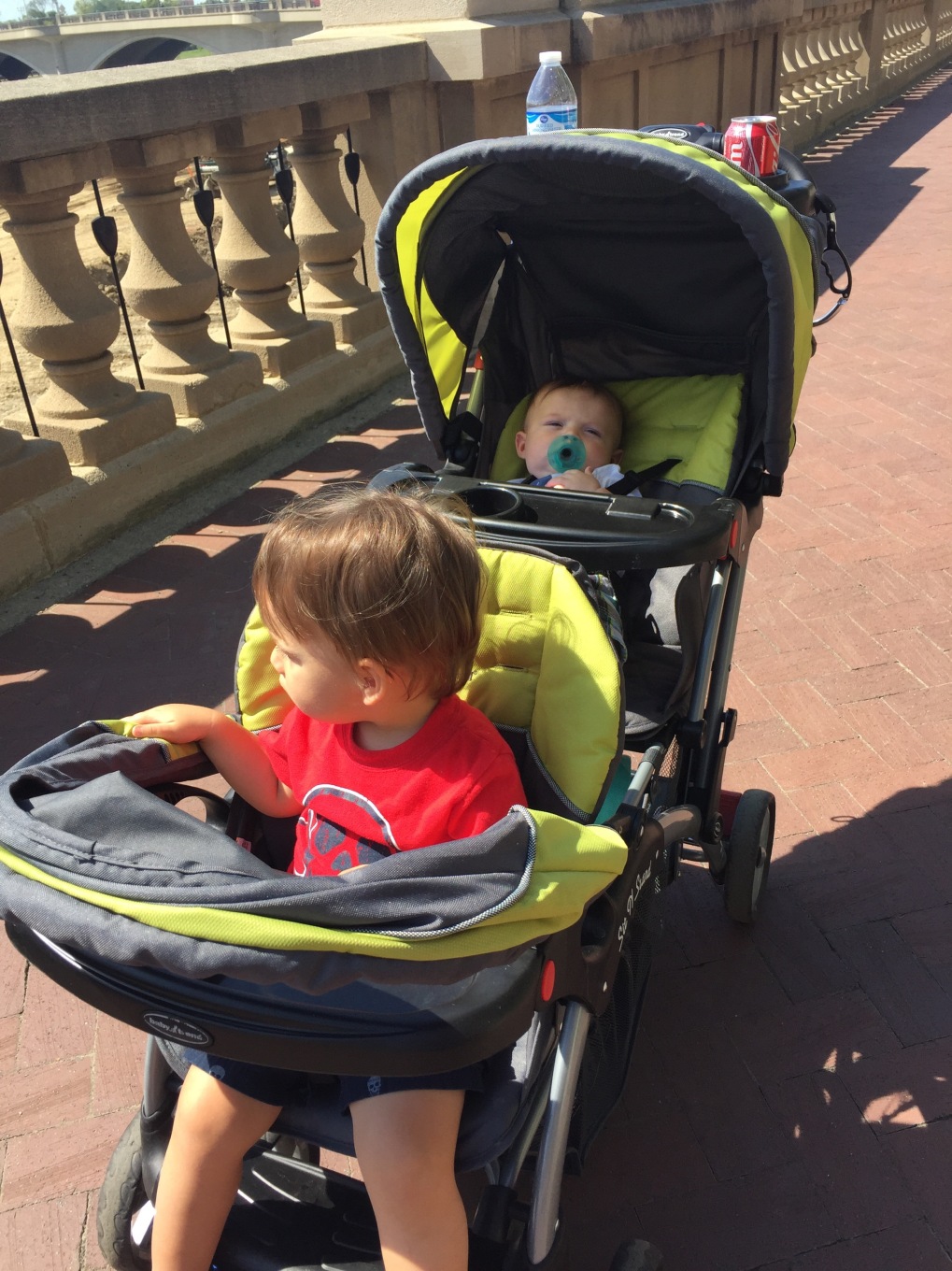 The Scioto Fountains are at one end of the mile.  Mikey was torn on whether to LOVE it or be terrified, which I’m finding is his reaction to lots of things these days. 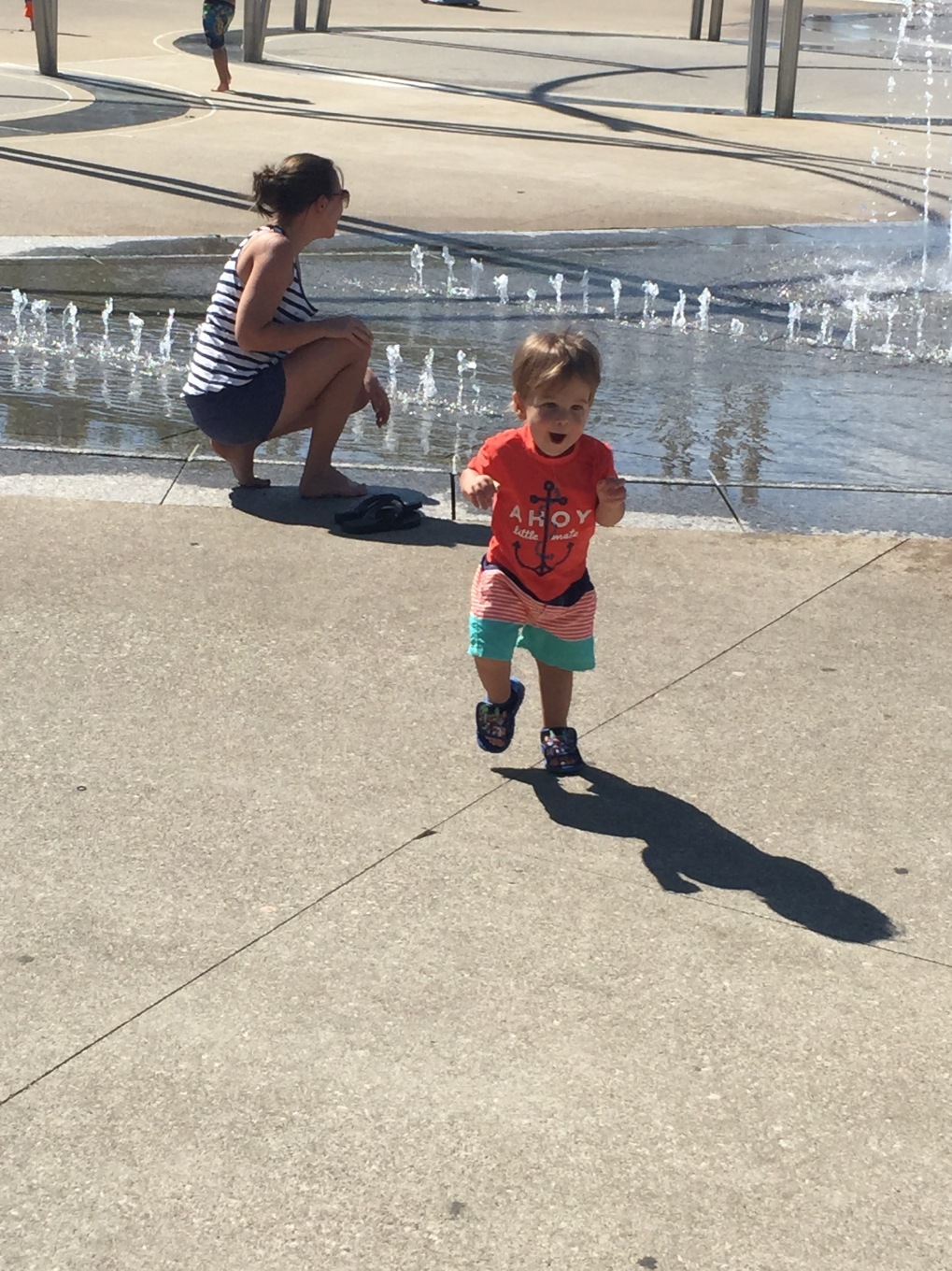 He was all about splashing in the puddles but took off whenever the fountains got too high.  He eventually warmed up enough to splash in the small water spouts, which is probably for the best since me being the over prepared parent that I am, forgot the towels. 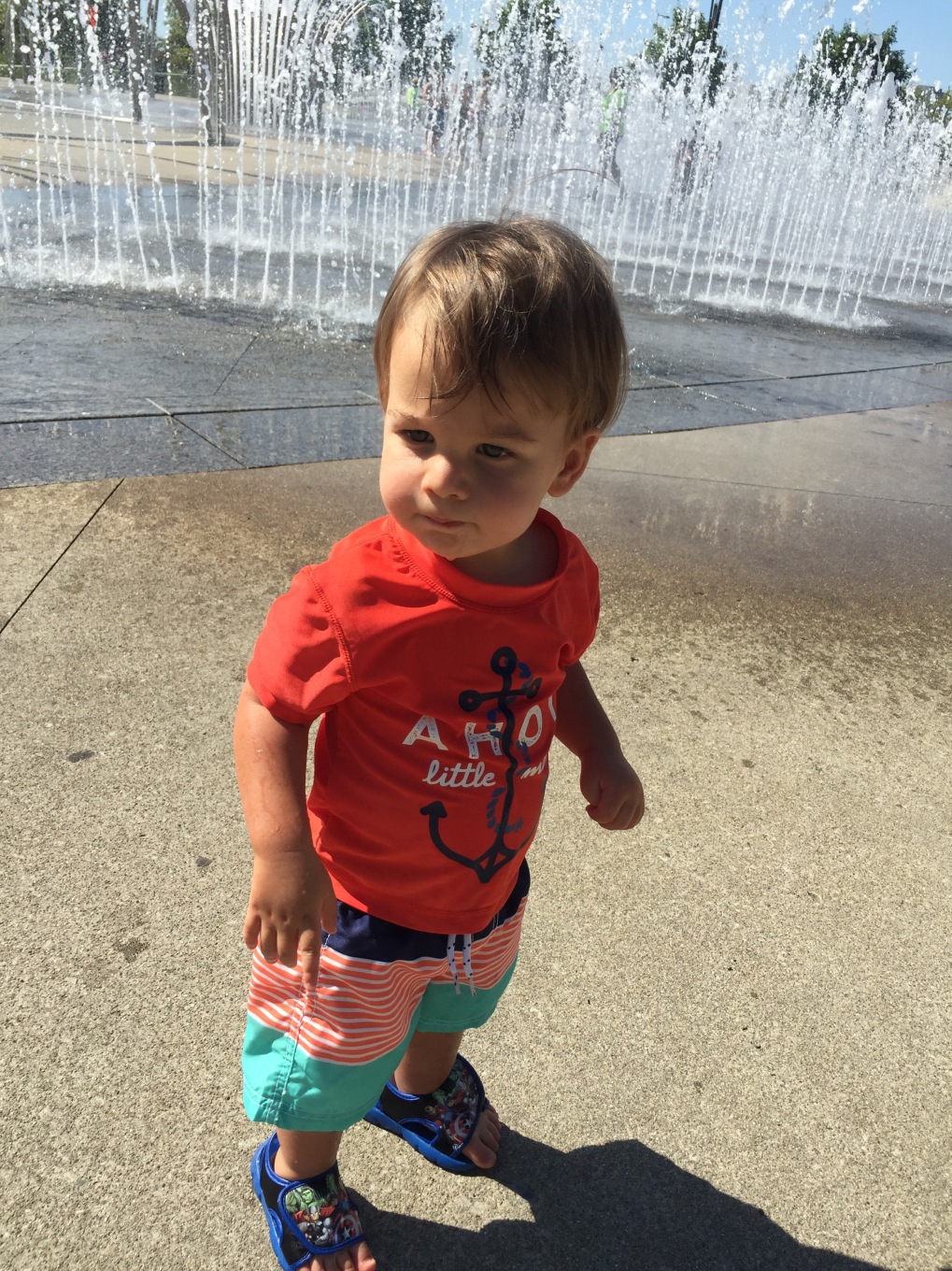 Tucker enjoyed getting some sunshine while taking in all the sights and sounds.

We will definetly be visiting here again soon!  Mikey loved having the freedom to run around the fountain area and we enjoyed the views of the city and riverfront. 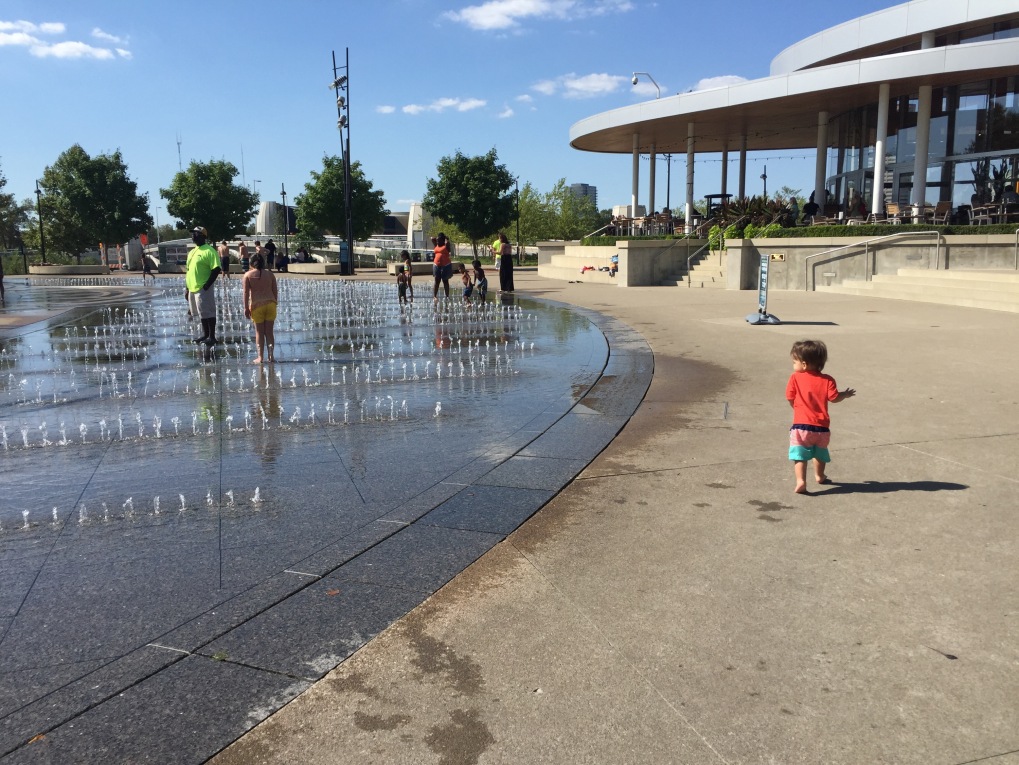 Be sure to check out

Want to start your own blog? Choose SiteGround